Before looking at the two additional forms of looping in the instructions for the Louisiana purse from 1823 (see the preceding post) let’s consider the underlying structure independently of that craft. Irene Emery gives the following illustrated definition in the chapter on “Single Element” structures in The Primary Structures of Fabrics from 1966.

Simple looping is built up by means of the stitch on which most of the looped stitches used in sewing, netting, and lace-making are based. The stitch is known in sewing and in lace-making as buttonhole stitch, in rope work as half hitch. Of the countless terms used in one context or another to designate the resulting fabric structure, simple looping is the most widely used, buttonhole looping, fairly common.

The use of the structure is so widespread chronologically and geographically that it is hardly an exaggeration to call it universal, and it ranges in application all the way from heavy rope fender covering and sturdy carrying nets to delicate, decorative laces. It is the basic stitch of the needlepoint laces; it is used extensively for loose net-like structures and for firm close-worked, cloth-like fabrics. 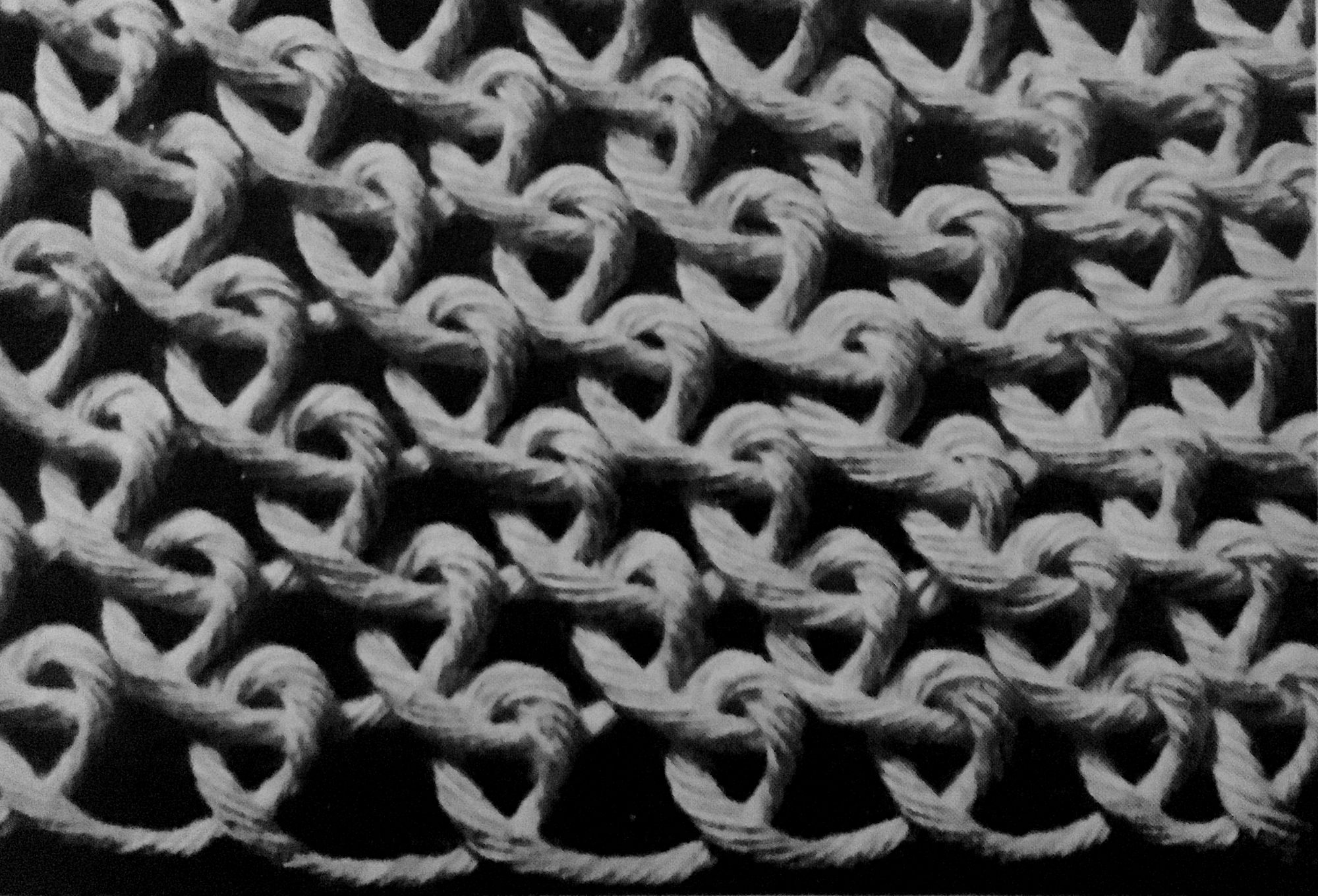 I’ve translated the festonneerstek (lit. festoon stitch) prescribed in the 1823 Dutch instructions as a “simple looped stitch” (resisting a strong inclination to call it an “e-loop” — a term that reflects the similarity between the cursive lower case form of that letter and the shape of the loop — familiar to loom knitters but not established elsewhere in the craft glossary). The festoon stitch also appears in instructions for looped wirework in the 1822 volume of Penélopé, accompanied by illustrations that confirm it to be the simple looped stitch shown above. Emery also describes a variation of it that is seen in extant purses from the 17th- and 18th centuries. This will be detailed in the next post.

(The reader who is interested in the classification of looped fabric as a topic of its own should note that I’m taking Emery as the starting point for my discussion of it because of her work’s prominence in the literature. I’ll be citing other classification systems where they are better suited to the structures or procedures under consideration, and also commenting on the systems themselves.)