Carrying bags were made by simple looping for a very long time before the advent of the European bourse en feston. Descriptions of widespread local traditions began to appear in the ethnographic literature toward the end of the 19th century, with authors coining their own designations for the newly recognized looped structure. A description from 1908 of small simple looped bags made by the Nguni people in South Africa details their production and says that it is “best regarded as netting without a knot.”

That term matured into its presently recognized (and frequently criticized) form in an article by Daniel S. Davidson in the 1933 volume of The Journal of the Polynesian Society, titled Australian Netting and Basketry Techniques. This classifies simple looping and loop-and-twist as subcategories of “knotless netting” and maps all of its forms into the areas of Australia where they are found, alongside a similar range of “knotted netting” techniques (placing them all under the top-level heading of “netting”).

The first specific item Davidson mentions is the simple looped “dilly bag,” which also appears as an archetype in earlier texts. The following photograph is taken from a post on the CIM:Resource blog: 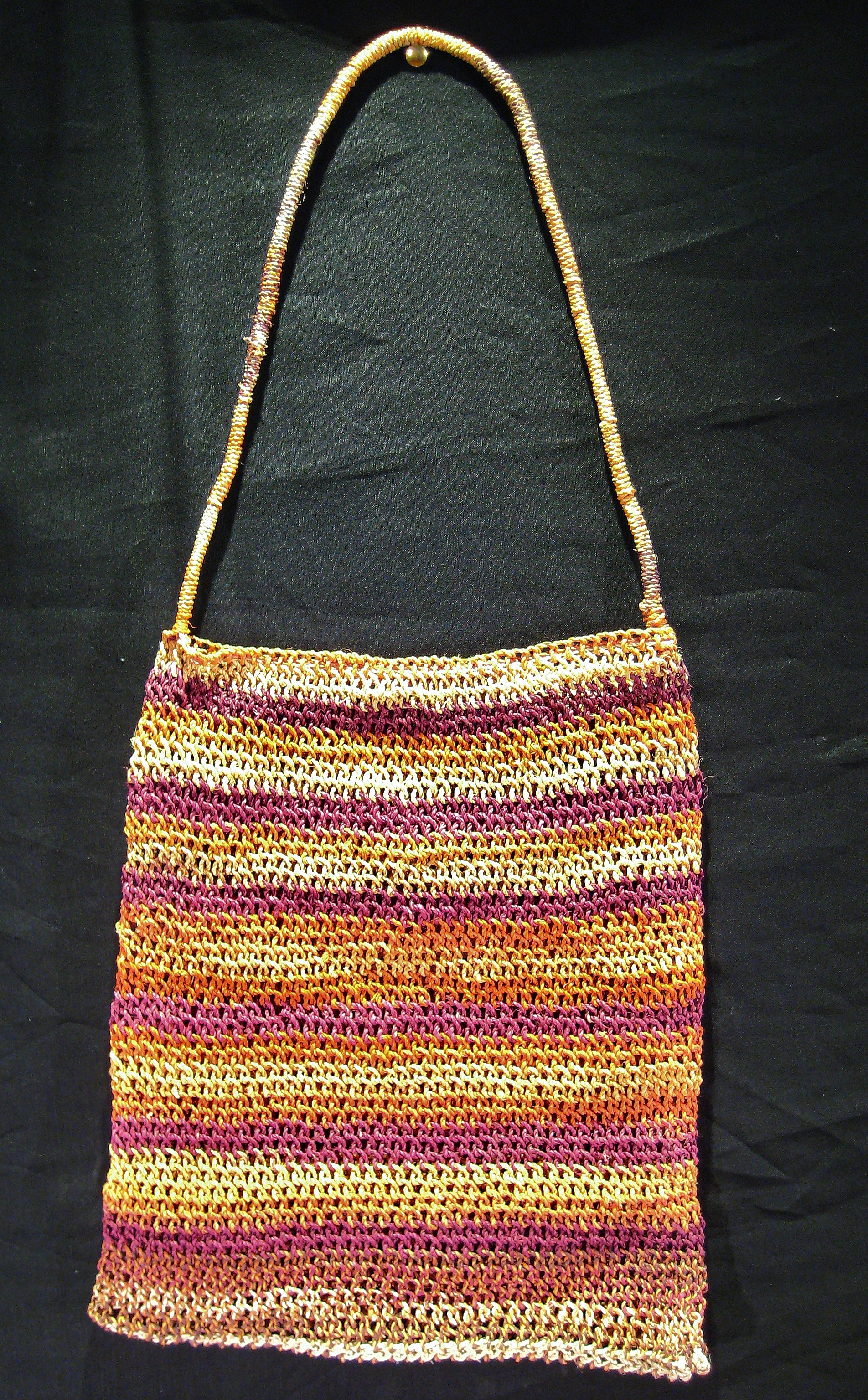 Regina Wilson describes the production of the dilly bag in a video that was publicly accessible when this post first appeared but has since been restricted. (It was initially at https://www.facebook.com/129175417153247/videos/855499541187494/ .) She credibly presents it as a millennia-old tradition, forming loops without a needle or other tool, and gauging them on the index finger. Of particular interest is the simultaneous twisting and plying of the palm fibers on the thigh, and the use of the same technique to extend the length of the string while the loopwork is in progress.

Wilson summarizes that tradition and discusses a bridge between it and the modern gallery context in a second video, which contains snippets from the earlier one.