In her book Tricot Crochet, Rebecca Jones presents a drawing of a woman using what appears to be a single knitting needle to work yarn into fabric. This would require the needle to have a hooked tip but no structural details of the fabric are visible. She got it from the Loch Ness Visitor Centre in Drumnadrochit, Scotland without information about its origin beyond being told that it depicted the 1st Duchess of Sutherland, Elizabeth Sutherland Leveson-Gower (24 May 1765 – 29 January 1839): 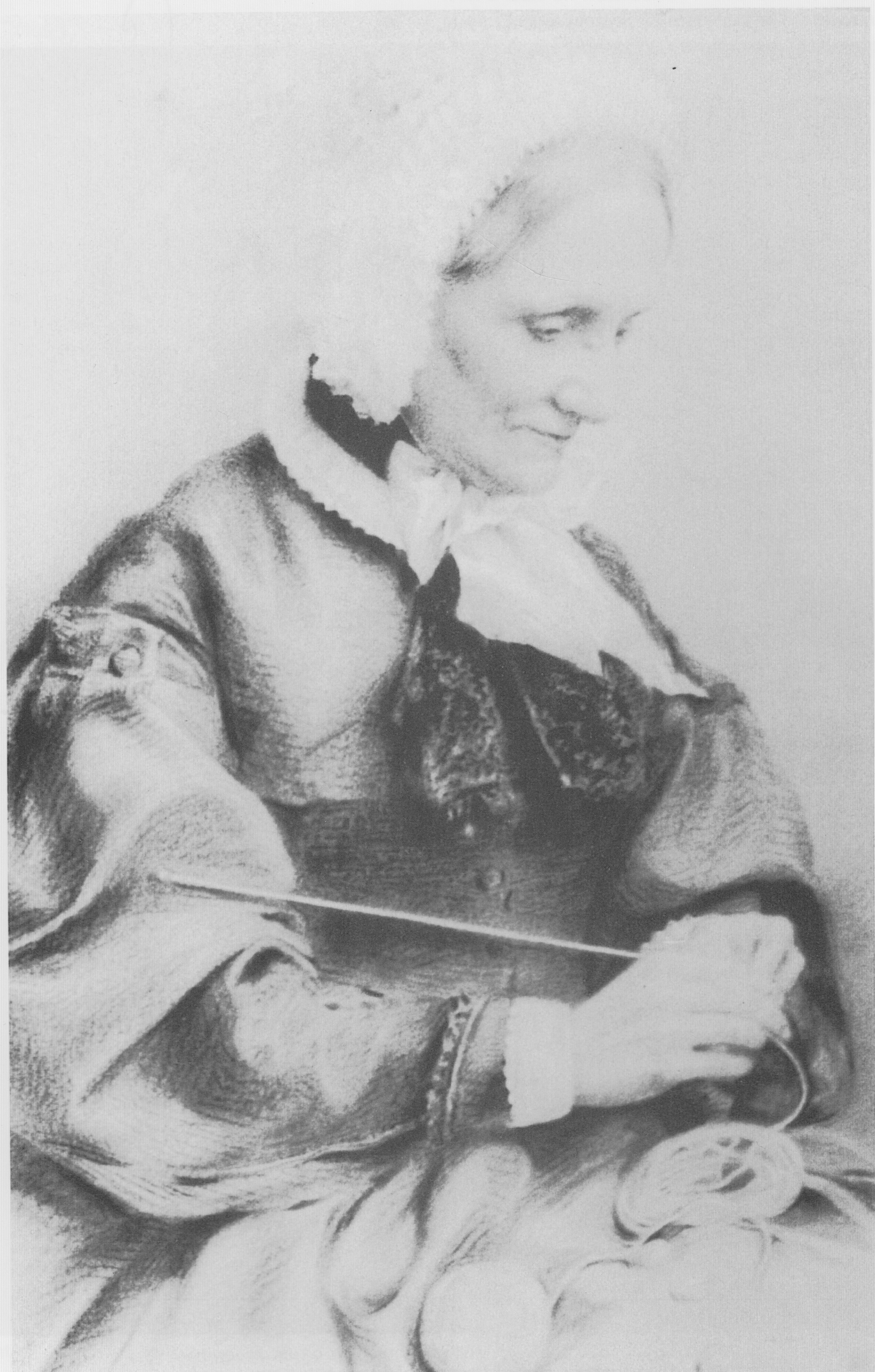 Jones notes that the drawing would obviously have been made before the Duchess’s death in 1839, thus providing evidence of what she presumed to be tricot crochet being known and practiced earlier in the 19th century. This dating, as well as the Scottish nexus of the drawing, hinge on the correct identification of its subject. Fortunately, this can be corroborated by an oil portrait of the Duchess painted by Nathaniel Dance-Holland, who died in 1811 and did his last work in the 1790s. She is noticeably younger in the portrait but her facial features are concordant in both images: 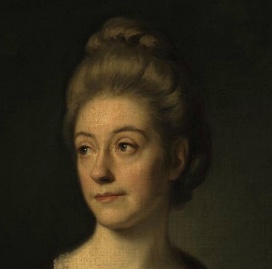 If we accept that she was in her 30s in the portrait, it would have been among Holland’s later works and the drawing of her with the long hook would have been done at some time after 1800. (The portrait in the Wikipedia article linked to above shows the Duchess at an even younger age but is not as clearly congruent in all facial details. Despite what may have been artistically licensed rhinoplasty, the eyes still have it.)

The drawing as it appears here is certain to have lost detail through repeated copying, but the position of the hands in it seems to conceal the stitching to an extent that makes its specific identification difficult. (Unequivocal evidence of tricot would be provided by at least a partial row of stitches being shown on the hook.) Regardless of the additional information the original drawing might reveal, it provides clear evidence of a long hook being used for some form of crochet in Scotland at least two decades before the first published descriptions of such fabric explicitly made with that implement.

The name the Duchess used for the depicted activity is a matter of speculation. If it was a craft she had learned as a child or in her youth, it would most likely have been what we now call slip stitch crochet. In that case the drawing provides evidence of the long hook being used in a context where a flat hook might otherwise have been expected. However, such use is illustrated elsewhere and is a fully plausible alternative that leads to the nomenclatural can of worms where shepherd’s knitting and Scottish knitting (tricot écossais) are found.

If the Duchess followed trends in the development of the hooked yarncraft, or first turned her attention to it later in life, by the 1830s ordinary crochet would be an unsurprising further alternative. The long hook is attested in that context as well — a craft generally termed ‘crochet’ regardless of the type of hook used for it.

Finally, tricot stitches that intrinsically require the use of a long hook were varied and sophisticated by the time of their initial description in the fancywork press in 1858. Although we don’t know when their development started, it is entirely reasonable to take the pre-1839 drawing as evidence of it.

In any case, there appears to have been a substantive basis for the name Tricot Ecossais introduced by Riego. Whatever its actual derivation may have been, it seems likely that it was not simply a fanciful coinage.

2 thoughts on “A Scottish knitter”