I’m going to take a break from written sources about purses made with simple looping to present an astonishingly well-preserved object. The published instructions discussed so far are all from the early–19th century but some extant purses of the type described in them are a fair bit older. They are consistent with the written documents throughout, and the bourse en feston from that time have the same general appearance and structure.

With thanks to the Royal Coin Cabinet in Stockholm, Sweden, and their photographer Ola Myrin for providing the following photographs of a purse in their collections (KMK 102 714:2), here is a good example of the genre. 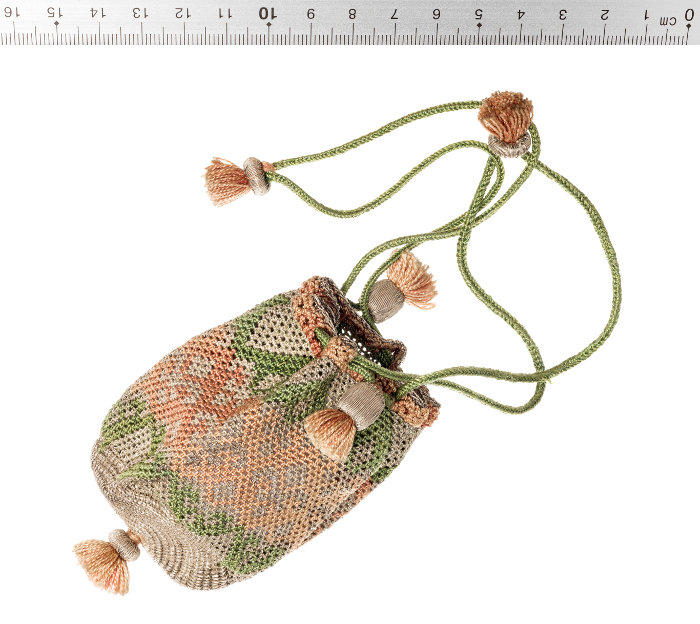 Its characteristic details are the tassels, the braided strap, and the stitch structure. That detail of this purse is similarly representative. 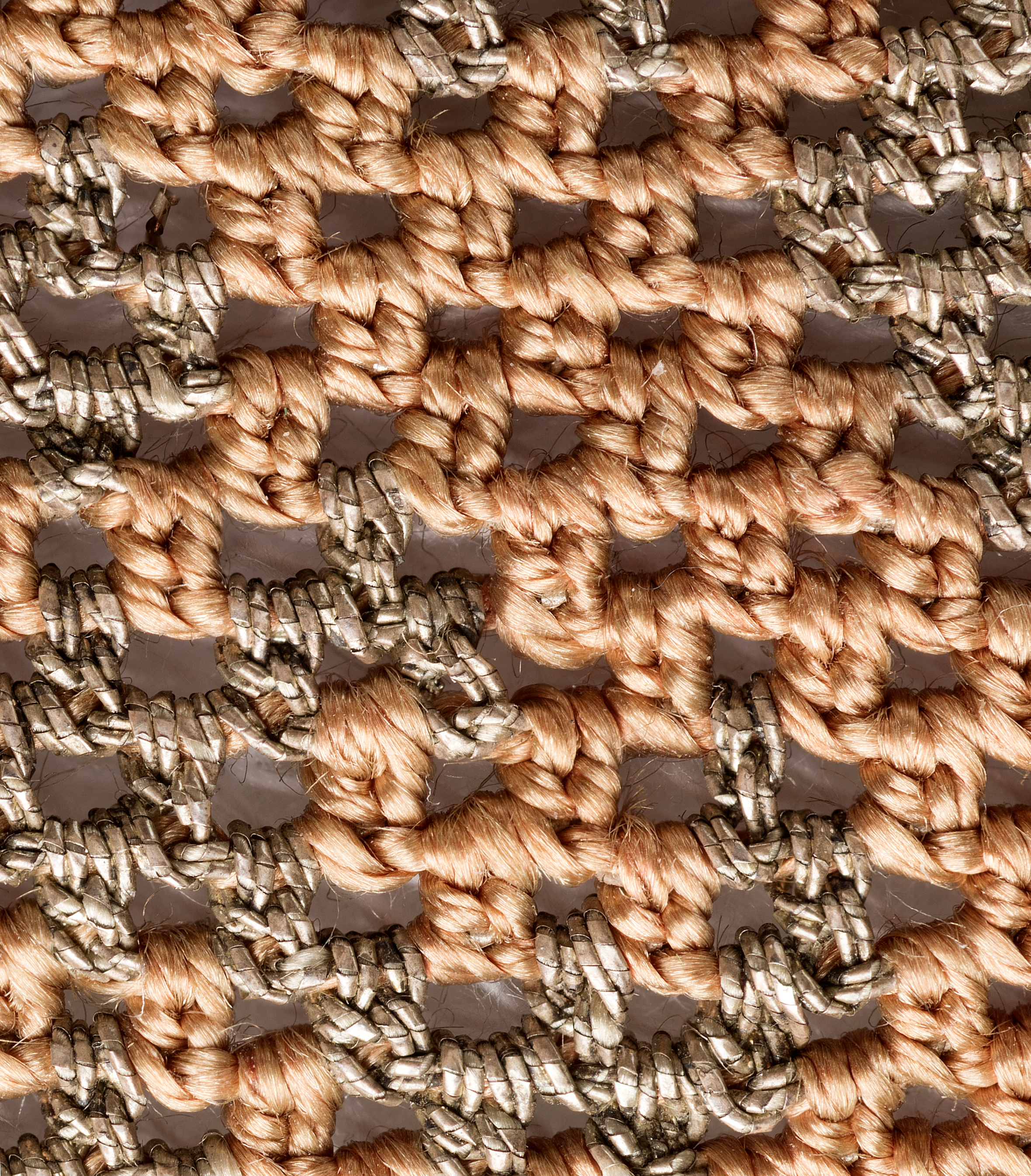 Here, each vertical element consists of two adjacent loop-and-twist stitches. The structure is worked with two needles, the one with a single strand of two-ply silk (in four different colors), and the other matching its diameter with a double strand of silver thread.

Other purses vary in the number of loop-and-twist stitches forming a vertical element and the number of twists in an individual stitch but share the same basic structure. The use of two needles is predominant, most often with silk on the one, and gold or silver on the other, but silk on both needles is also seen. Several colors of the silk are often used to form decorative patterns. Although the Stockholm purse was made starting at the bottom (the photo of the stitch structure is oriented to match the illustrations of stitches in previous posts), other purses were made top down as is common to all the written instructions.

Beyond being a pristine example, this purse is unusual (perhaps unique) in the precision with which it can be localized and dated. A slip of paper was found inside it with the following text.

Translating all but the pivotal verb:

Elisabet Paulson married to Director Wolf virkat this in 1693 together with the other virkade in the chest.

In present-day usage — which is not attested until the 1840s — the Swedish word virka (cognate with the English ‘work’) designates several facets of the process of crocheting; virkat is its past tense, virkade refers to the product, and virkning is a general designation both for the craft and objects made by it. Varying with time and place, the same term has named a number of other thread and yarn crafts. It is found in a dialect dictionary compiled during the late 1790s, in the definition of sömma (literally ‘stitch’ or ‘seam’), a common Swedish designation for what is now more widely known as nålbindning (lit. ‘needlebinding,’ often anglicized as nalbinding).

sömma — v. söm (from sömm)  1. sew [sy], sew clothes. 2. to loop [virka] in its own way with a large bone needle. In this way, wool yarn is looped or stitched into mittens, caps, stockings, and socks.

It appears again in the first of the Swedish fancywork journals in 1818 as a designation for counted stitch embroidery. (I’ll provide details in a future post.) The intended technique was likely to have been cross- or half-cross-, rather than chain-stitch embroidery, but the latter form of stitching is still termed virkning when done with a tambour needle.

Notwithstanding Elisabet Paulson clearly having designated what is equally clearly a looped purse as virkad, the text found inside it is commonly read as:

Elisabet Paulson married to Director Wolf crocheted this in 1693 together with the other crochet in the chest.

Some commentators, whether or not they note the difference between its stitch structure and ordinary crochet, take the purse both as evidence of crochet being found unexpectedly early in Sweden, and of it emerging there with an unanticipated degree of sophistication.

There are other instances of crafts designated as virkning being mistaken for crochet solely on the basis of the shared label. These will be considered in detail in separate posts. It will also be seen that the French term crochet has named other crafts than the one currently known by it.